The history of the cristalinn

In 1978, Gérard Pierard opened his heating company in Naninne, after having been a researcher at the Cerac lab, now ACV (boiler and boiler manufacturer) and at a renowned design office in the Liège region.

Faced with the growing number of problems in heating and sanitary installations (mud, limestone, corrosion,...), Mr PIERARD begins to look for a product or appliance that is really effective.

Several products have been tested by the PIERARD energy efficiency, but it was in 1989 that Gérard Pierard decided to make a mixture of several products to create the first version, in pot, of Cristalinn.

In 1996, Mr PIERARD created the Cristalinn System, in its first version: Pots and hood, in order to stand out from the filter products of the time.

In 2001, with her youngest daughter who had the idea to make a blue ball, with a round and blue cowl that hid the pots inside.

Why? to recall our beautiful blue planet. That’s how the blue ball was created.

This product was presented at Batimat in Paris and was a resounding success.

Then the hood was replaced by the spherical shape with the degassing system and the speed of the water in the Cristalinn, which makes this good taste in water.

The blue ball was copied in 2016, which proves that Mr PIERARD was a pioneer in the field of water.

Since then, the Cristalinn continues to improve, we are the only ones to have found the sealing of the spherical form under 6 bars of water pressure.

Mr PIERARD passed away in 2018 and it is naturally, Sylvie and Xavier, his youngest daughter and her husband, who are taking over the production of Cristalinn, which remains definitively a family story. 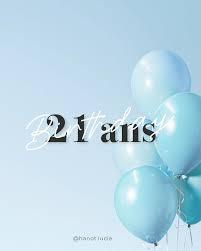